Without a straight shot south to Marcela, we had to take the long way around to the west. An hour or so later we arrived in Miquihuana for a short break and some gasoline. Miquihuana doesn’t have a Pemex so we purchased our gas from a 55 gallon drum. 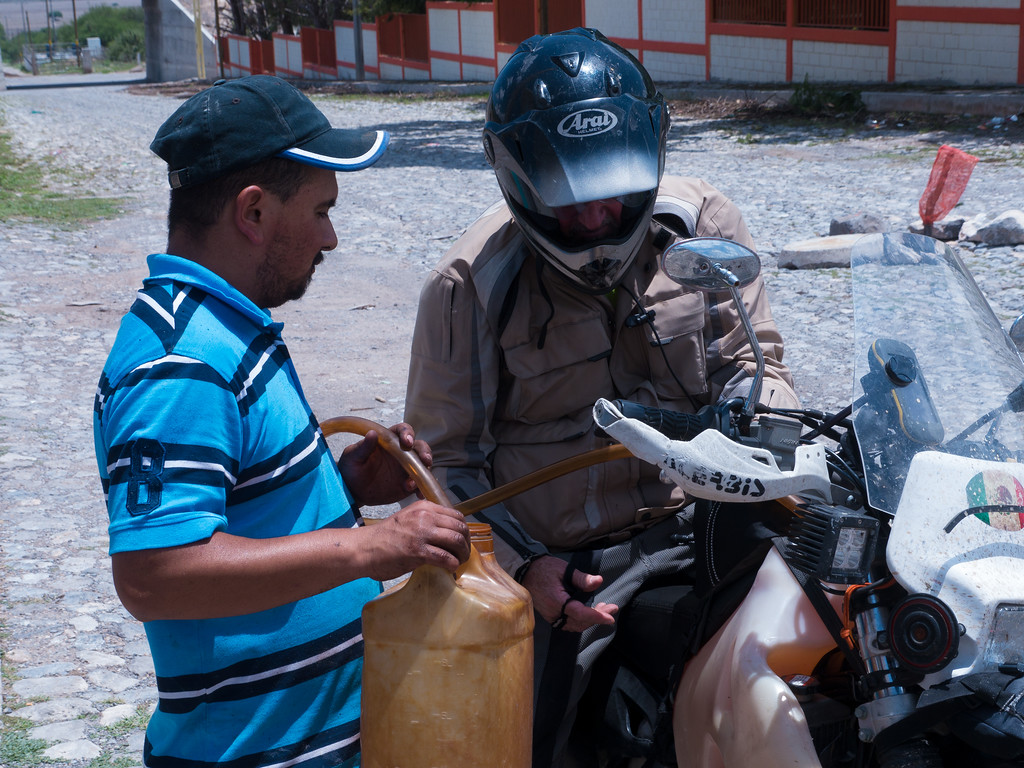 Once our tanks were topped off, it was time to fill our bellies. The fellow selling grilled chicken at the town square was recommended to us so that’s where we went next. it turned out to be a good choice.

At this point we had a decision to make. I was keen to ride a loop north through the mountains – I’ve been wanting to ride this particular loop for several years. JT agreed so we decided we would rent a room at the local hotel, drop our luggage, and then go ride the loop.

Unfortunately, the lady at the hotel told me the electricity was out and she didn’t know when service might be re-established. I didn’t really want to stay the night if there wouldn’t be electricity so we decided we would instead make the 100 mile ride to Real de Catorce.