Cycle World recently reviewed Honda’s new do-it-all dirt bike, the CRF450RX. You can read the article here. I found the opening paragraphs of the review to be particularly interesting.

“Has there been a better time to be an off-road rider? Gone are the days of morbidly overweight, underpowered, and stone-age-tech bikes that plagued us for decades. Instead, we’re offered up some truly impressive options. One of the bikes on that list is the 2020 Honda CRF450RX, which is cut from the same cloth as Honda’s flagship motocrosser—the CRF450R. The most notable change made to the bike for 2020 is the addition of Honda’s Selectable Torque Control (HSTC) system—also known as traction control.

Billed as a “do-it-all” motorcycle, the CRF450RX takes Honda’s proven CRF450R platform and specs it with some off-road bits like an oversize fuel tank, 18-inch rear wheel, and an oh-so-convenient kickstand to place it firmly between the no-compromises, track-only CRF450R and the headlight-equipped, more mild-mannered CRF450X. What this results in is a bike that Honda hopes appeals to the large majority of riders who not only spin laps at the motocross track, but ride just as often at local OHV areas and enter a couple of races a year in either MX or off-road.”

These two paragraphs spawned two competing thoughts in my mind.

Anyway, at the end of the day, new bikes and more choices are a good thing and I’m glad we have a new, modern dirt bike from Honda. 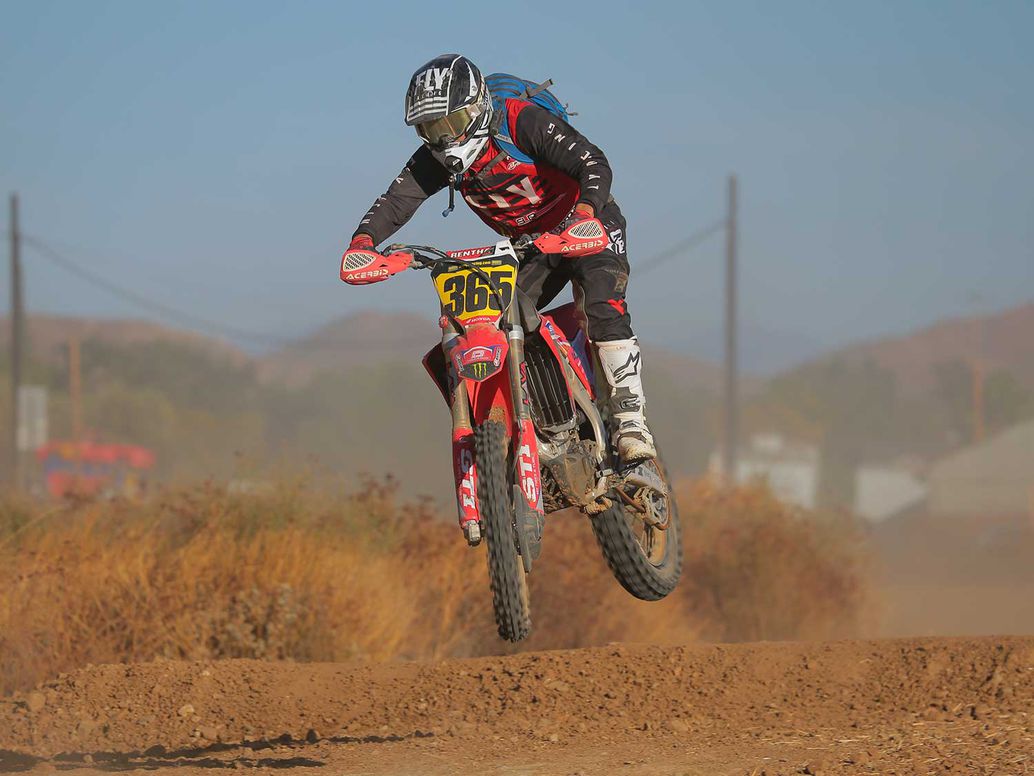