West of Santa Eulalia is desolate country. It’s all desert and few people live here. There are no services and we wouldn’t encounter an occupied village for more than 100 miles. The main human activity is ranching, mining, and hunting. The road was fairly well maintained at first, all things considered, but deteriorated the further west we rode. There just isn’t a lot of traffic, so not much reason to keep the road in good condition.

The rocky and bumpy road caused JT’s bags to shift a bit too much while riding so a stop to re-adjust was necessary.

The next “place” beyond Santa Eulalia was Progresso, which is a collection of buildings. I don’t think Progresso is permanently occupied, at least it gave no appearance of on-going human activity. No people, dogs, vehicles, clothes hanging out to dry, satellite dishes attached to houses, etc. My guess is that it is being used as a hunting camp. The clues were a) the Baja bug that was pulling in just as I arrived and b) the hunting trucks close behind the bug. I do need to point out that this was the first time I have ever seen a VW Beetle employed as an off-pavement vehicle. I love the tires. 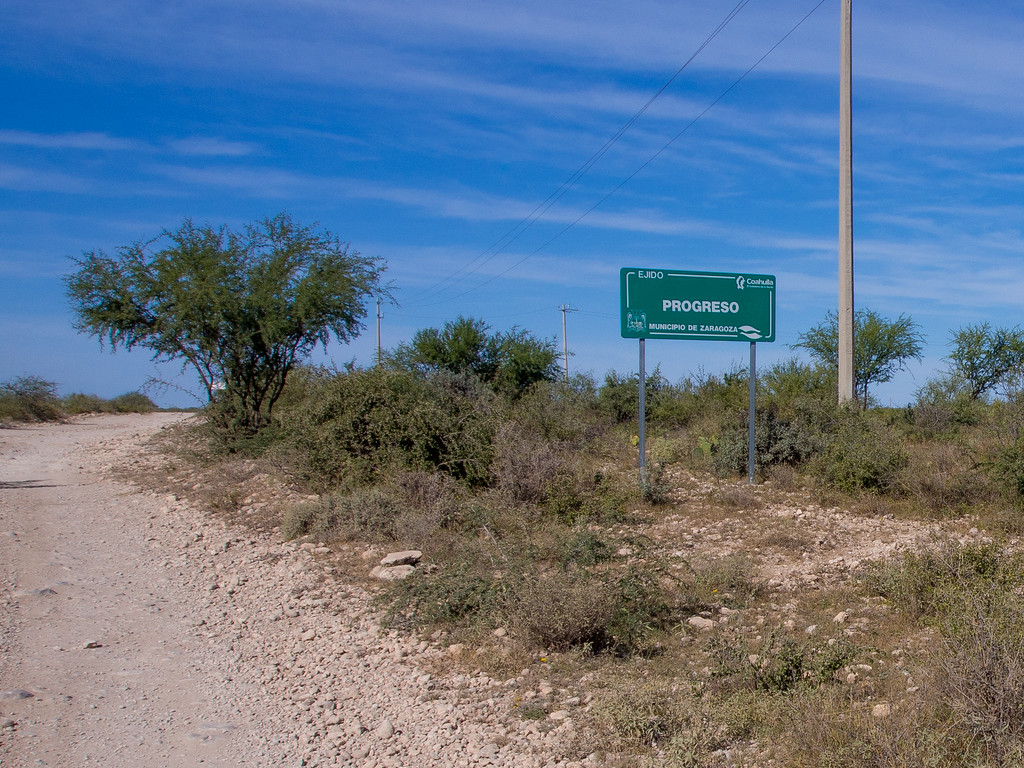 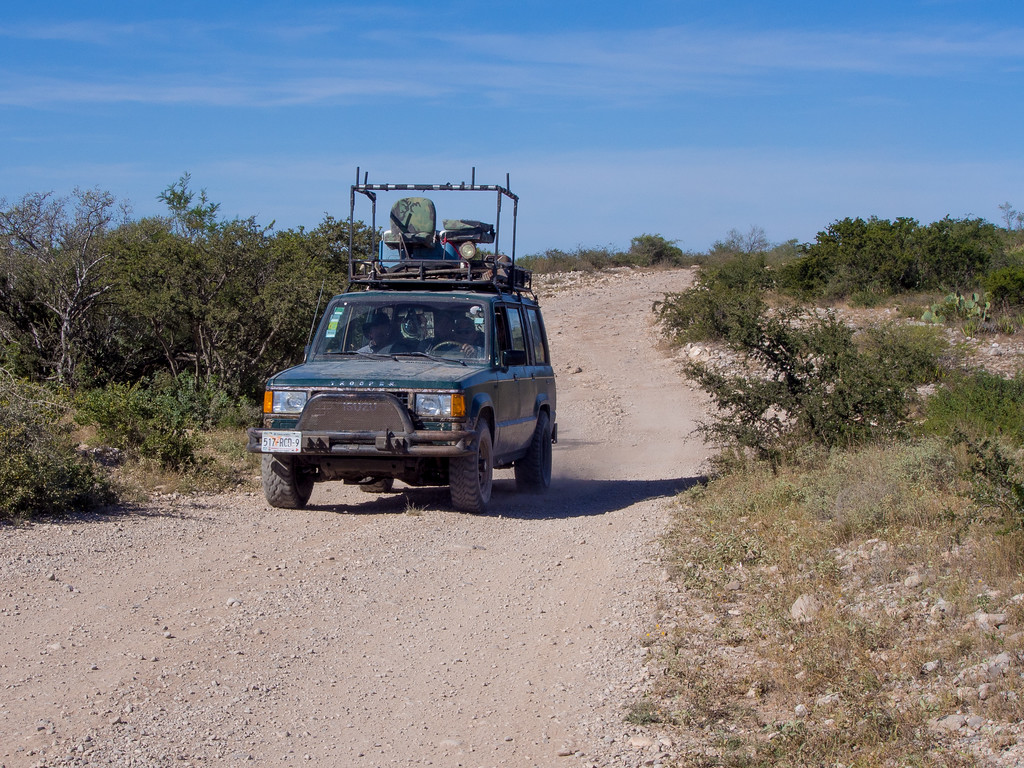 Somewhere west of Progresso we passed what appeared to be a ranch perched on the edge of a dry creek bed.

If you like the desert you would enjoy the riding we had done so far. It was just easy desert riding on a continually deteriorating dirt road with almost no one else around.

After about 100 miles we reached the eastern edge of the Sierra del Carmen Mountains and things got a bit more interesting. The eastern edge of these mountains are really just big hills but the riding was fun nevertheless. The road, now a two-track, meandered through a valley; enjoyable, especially at speed, but no major elevation changes. I couldn’t resist stopping more frequently to take pics of the big hills.