The ride to Real was uneventful and we soon found ourselves at the start of the 24 kilometer long cobblestone road. I’ve been told that this road was originally built to haul the silver out of the mountains via wagon, meaning it is a very old road. I imagine riding this road on something with little to no suspension would be a spine and kidney jarring experience that most would not enjoy. Today, it’s not bad on our dual sport bikes with modern suspension but I would guess that when it’s wet it’s probably a slick challenge to ride on a motorcycle. 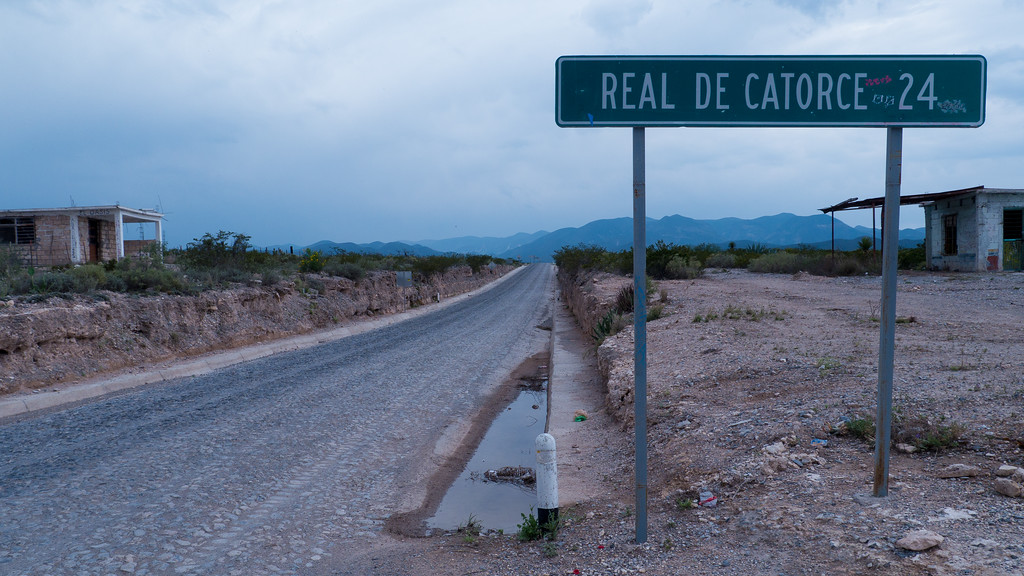 The road crosses the desert, enters a valley, and then begins to climb into the mountains. Here is the view looking back across the valley and the desert beyond.

After climbing and twisting for a while you reach the welcome sign. The tunnel is just around the curve to the left.

The tunnel is one way, so we waited for a while for the cars exiting Real to clear out of the tunnel. Once in the tunnel I didn’t stop to take any pics because there was a line of cars behind me. Next time though…

Real de Catorce is just as steep as I was led to believe. The city was built on the side of the mountain and there is almost no flat ground anywhere. Everything is on a slope. It is difficult to catch the steepness in photos but I did the best I could. 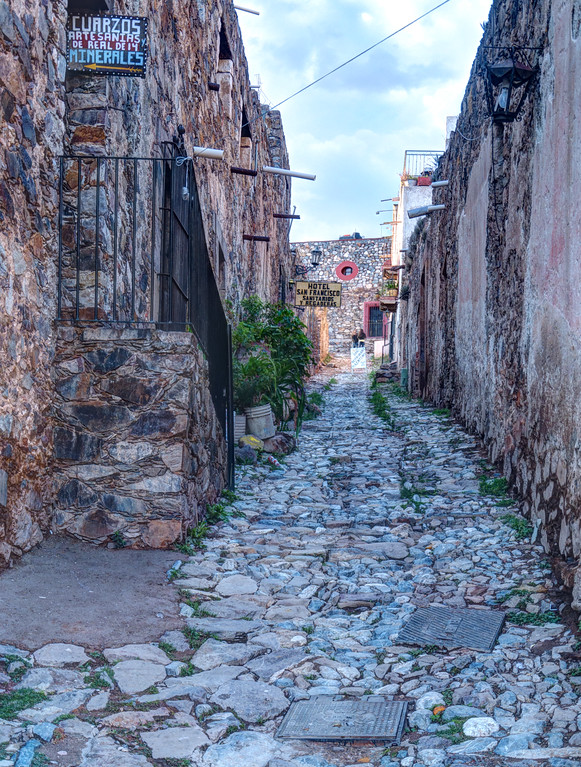 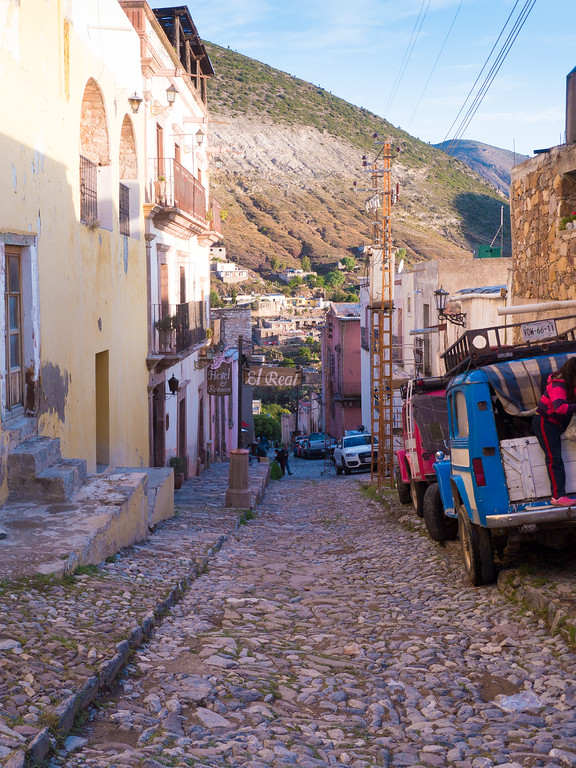 JT and I searched a bit for a hotel and finally decided upon the Hotel San Juan. Aside from not having any wifi, the hotel was fine.

After unloading the bikes and changing, it was time to walk the streets.