After riding through here in 2007 I had the idea that it would be really cool if a race similar to the Baja 1000 was run in this part of Mexico. I thought it should be called the Coahuila 1000. Why should those guys on the west coast have all the fun? Well, I’m not the only one to have that idea, except the other guy who had the same idea apparently acted on it. The Coahuila 1000 is a reality and this sign gives it away. Cool we are riding the Coahuila 1000 course! I knew this was a great road. 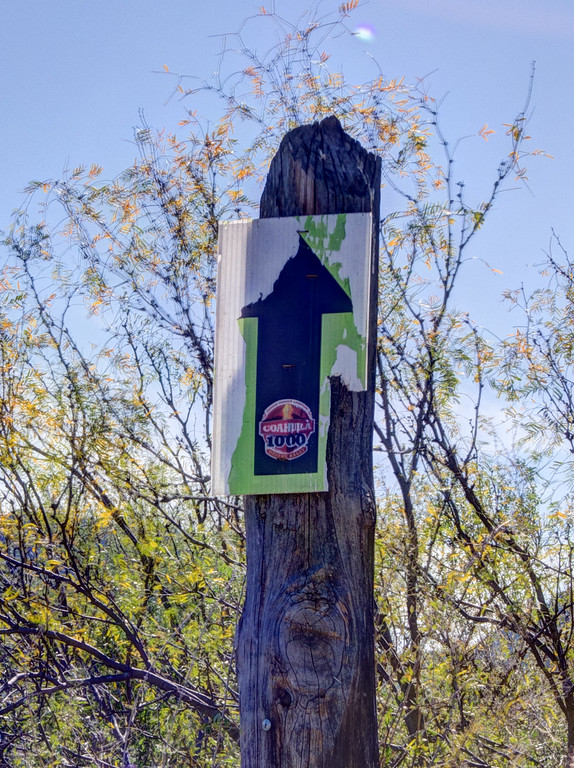 That is a home (ranch), nestled up against the hills. And it’s a really long way from anywhere else. I can’t imagine what it must be like to live way out here, hours and hours away from services like a gas station, grocery store, or medical care.

While the riding was great, we couldn’t let our guard down. Mexico is always ready to surprise you. In this case, it was a cattle guard that had seen better days. I recommend avoiding the pipe sticking up as it would likely not end well.

150 miles into the trek, we reached a bit of civilization. Just outside of the community of Morelos we found a store. It was about 2 pm and this seemed like as good a time as any to take a break and, maybe, find something to eat. How did we know there was a store here? The sign gave it away. At a minimum they had Cokes and Fritos.

The arrow pointed right, so we went right. But at the end of the dirt road, there was no obvious store. There was, however, a house. Could that be the store?

A man and a woman came over to the gate to see what we wanted. I asked if this was the store and the woman indicated it was, opened the gate, and invited us into her house. We sat at the dining table and enjoyed a cold coca-cola while she made chicken tacos for us.

I didn’t know it at the time but this was our last cooked meal of the day. I’m really glad we stopped here. And that we asked her if she would cook tacos for us. We paid about $10 for the sodas and tacos, a price I was happy to pay. 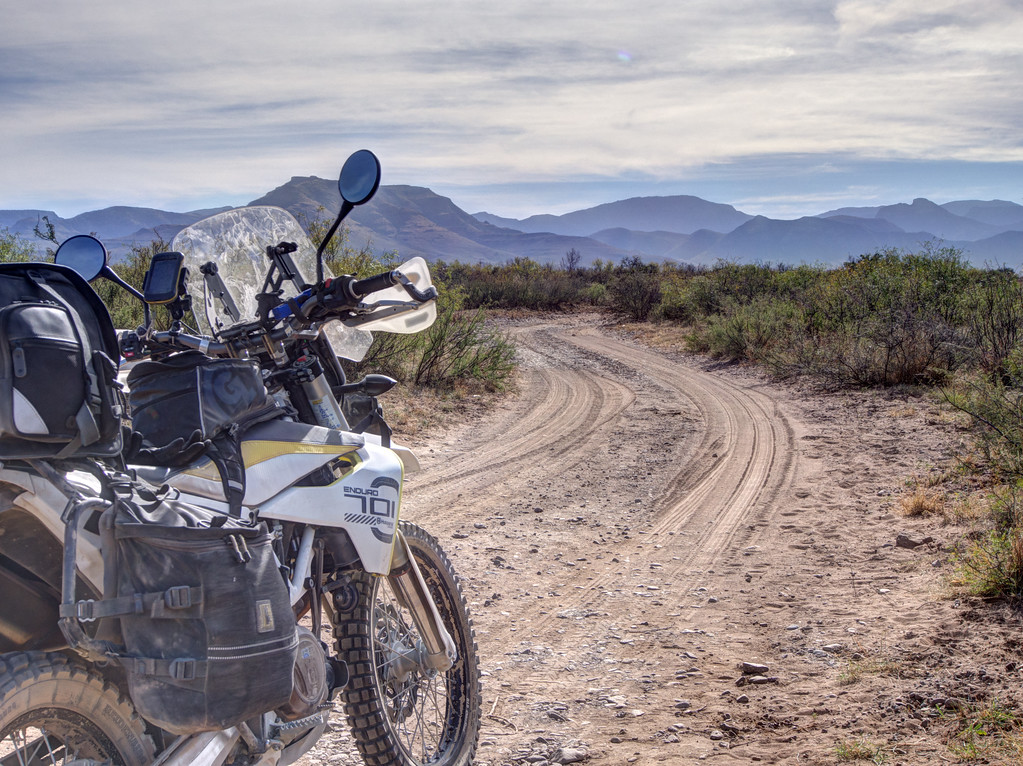 As we rode along, I spotted a dirt road leading to a tunnel in the mountain above us. Cool, a tunnel. I want to go see it. So did JT. The road and tunnel are here to serve the mining operations going on in this area.

We spent a few minutes taking pics and looking around but it was getting late and we wanted to get to Boquillas before dark. Time to go.