I really wanted to ride the road between Boquillas and Manuel Benevides but we couldn’t stomach backtracking on those two terrible roads from yesterday, so we came up with a new plan for the day. We would head due west from Ocampo, across the desert, and then turn northwest to the town of Hercules. The map indicated it was a reasonably sized town and we hoped to find services there (fuel and food). From there we would continue west to pavement at La Perla. At that point, we would be done with dirt for this trip and would ride pavement all the way to Ojinaga and on to Terlingua. 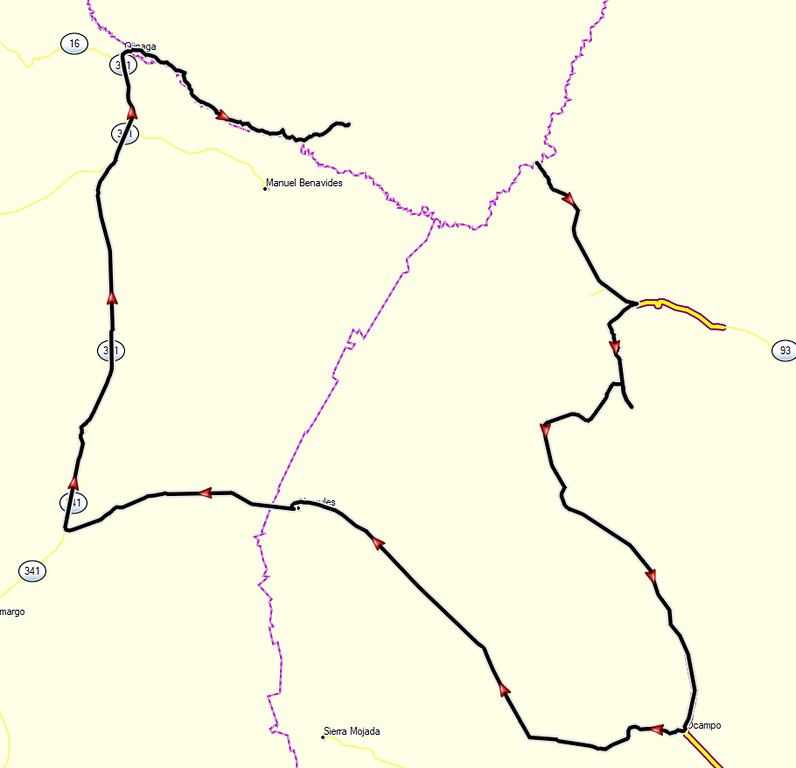 The morning dawned cool but the forecast was for sun and daytime highs in the 60s. Since we already knew we wouldn’t be able to find breakfast we decided our best option was to hopefully locate a restaurant somewhere up ahead. Perhaps there would be a place to eat in Hercules. 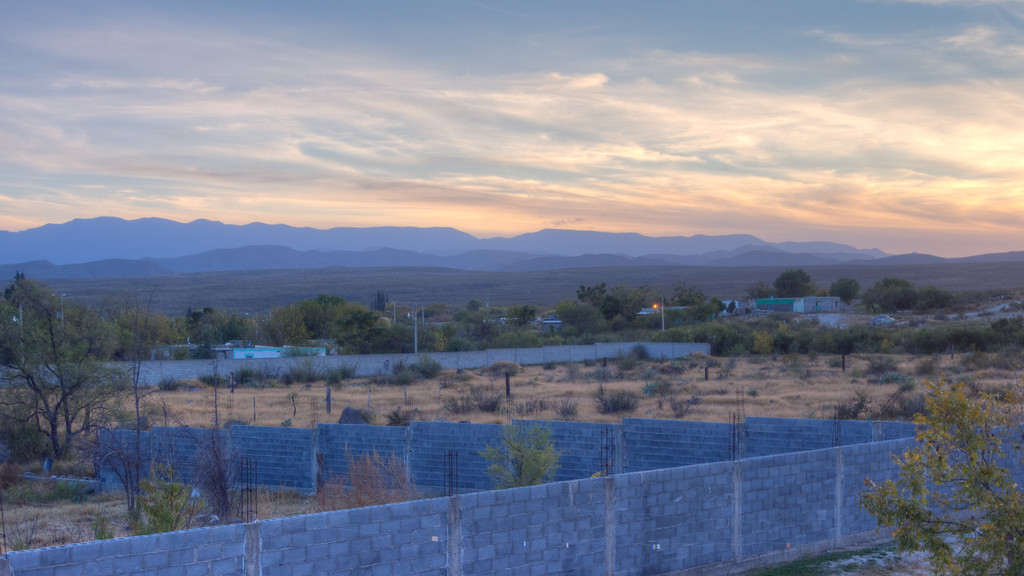 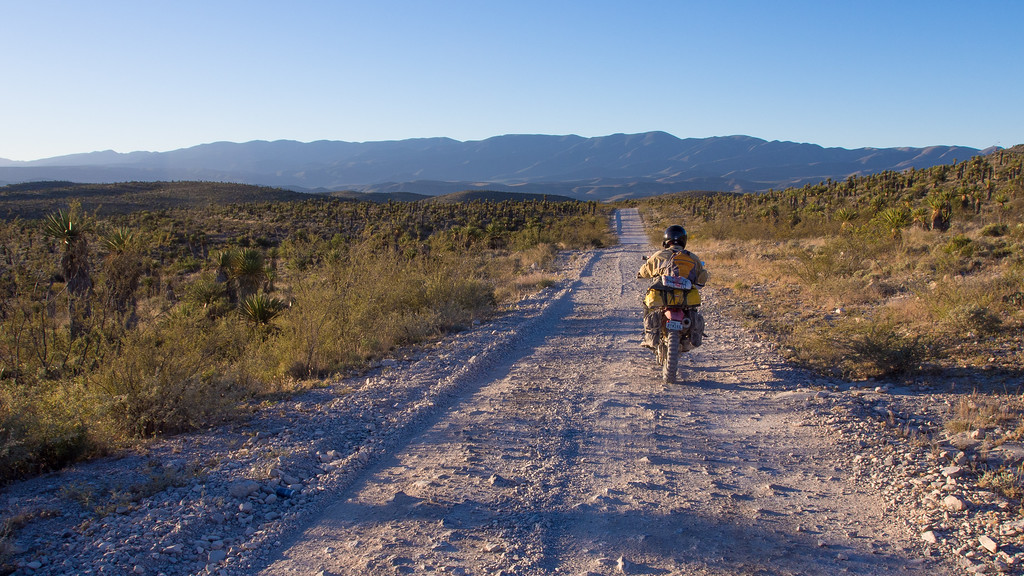 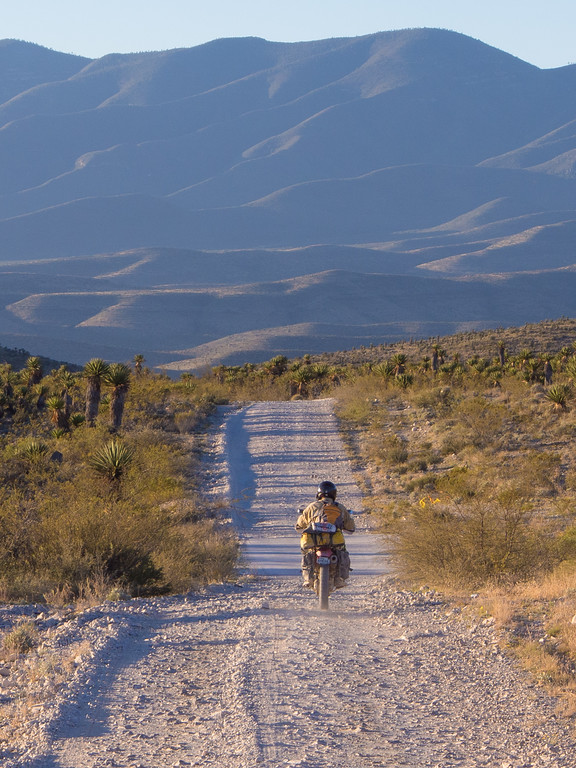 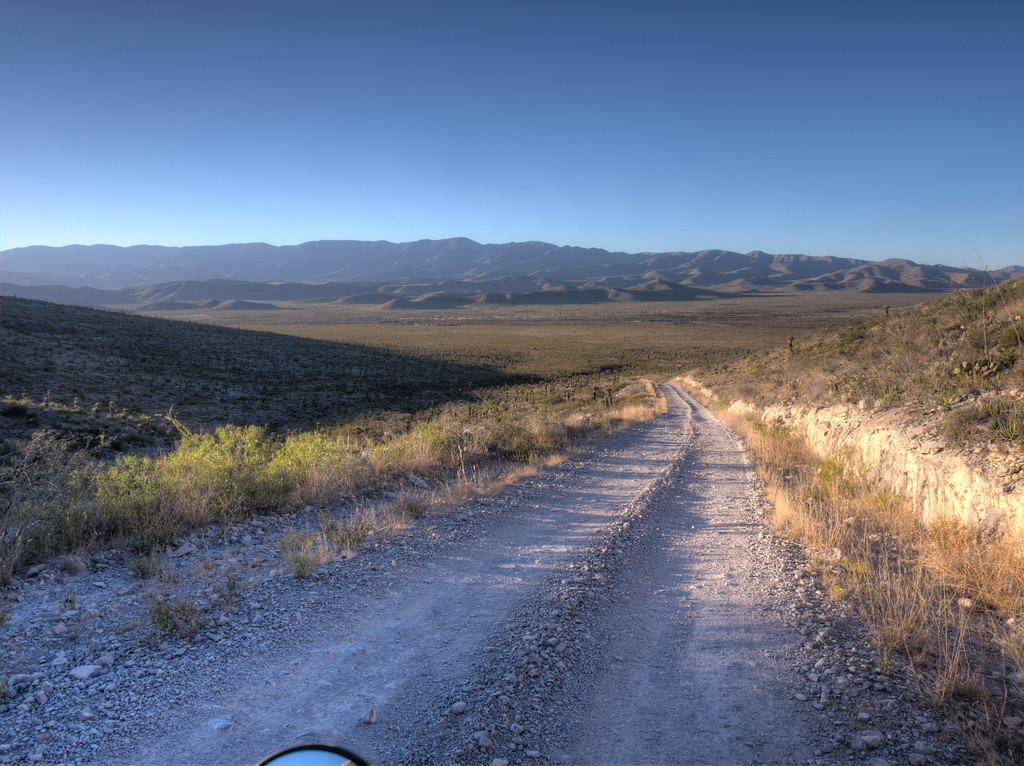 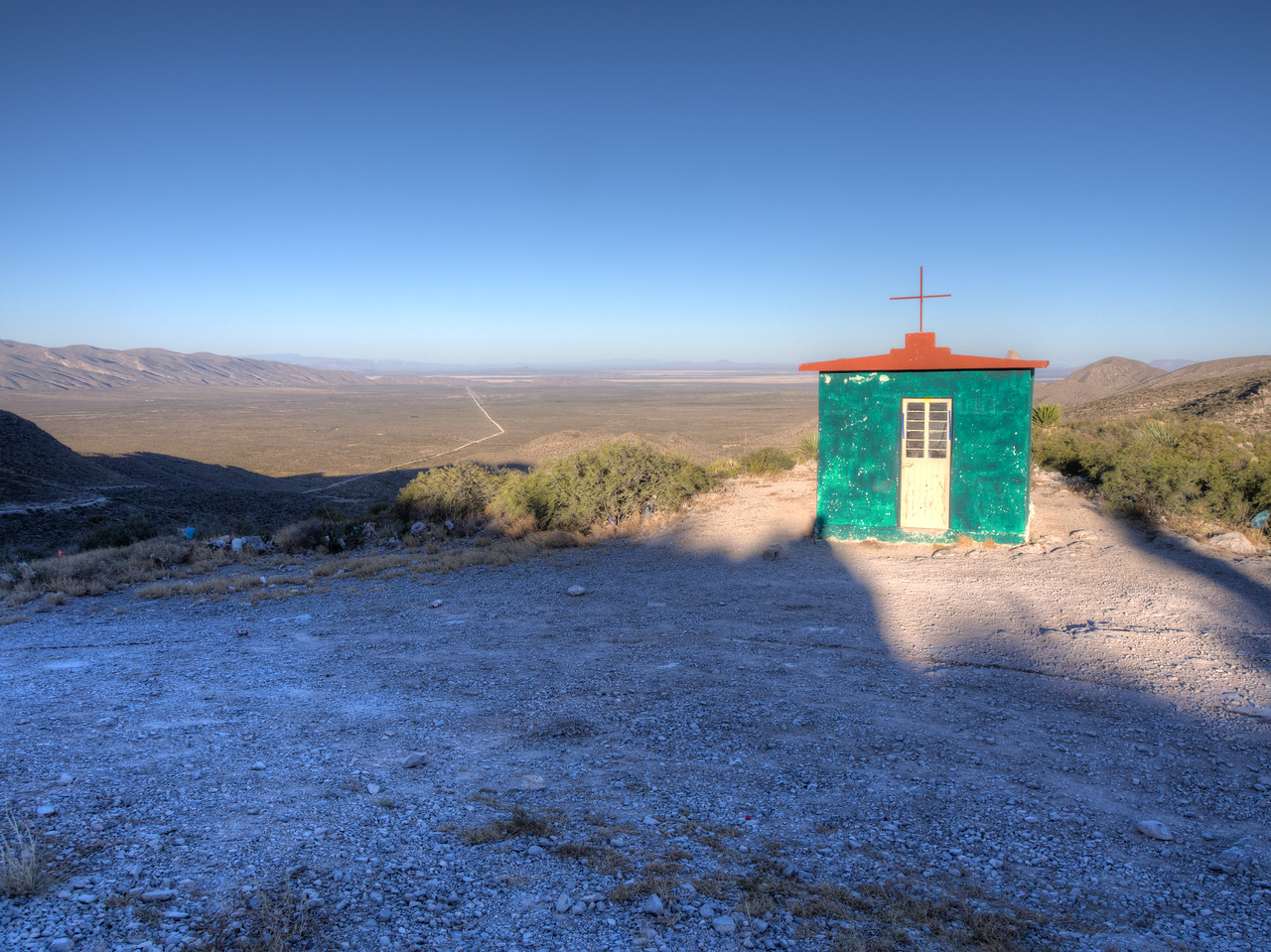 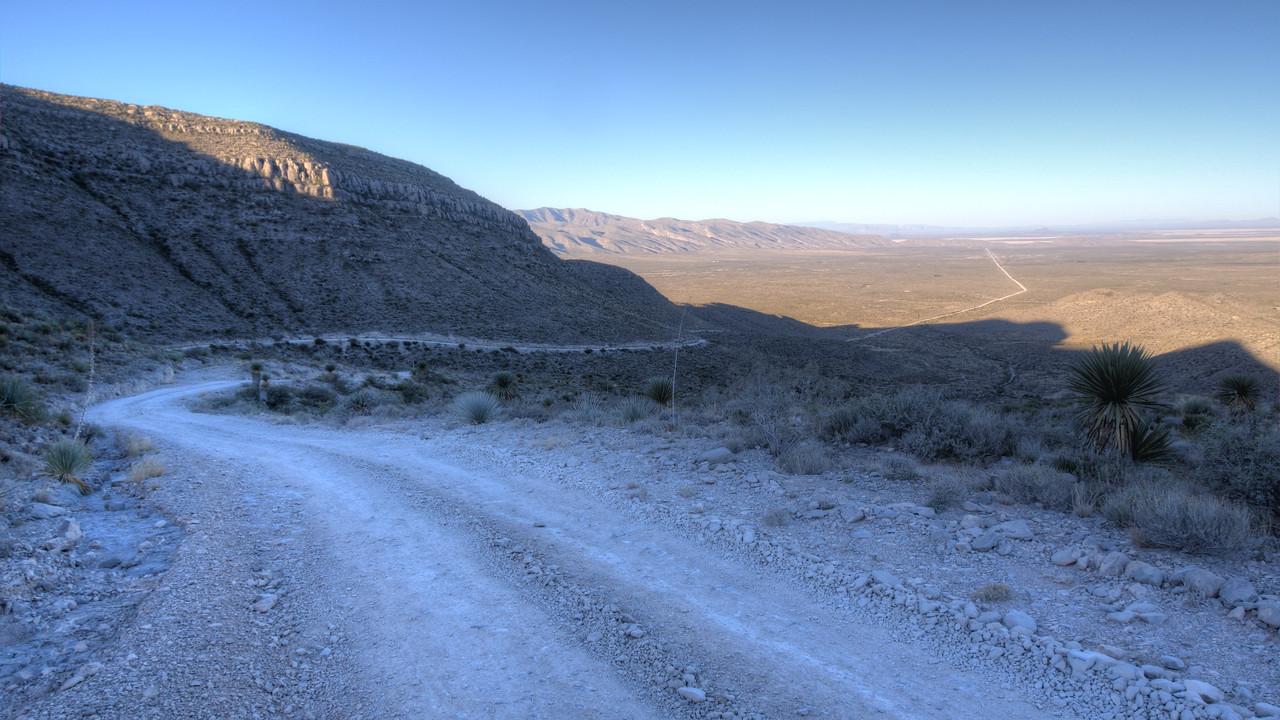 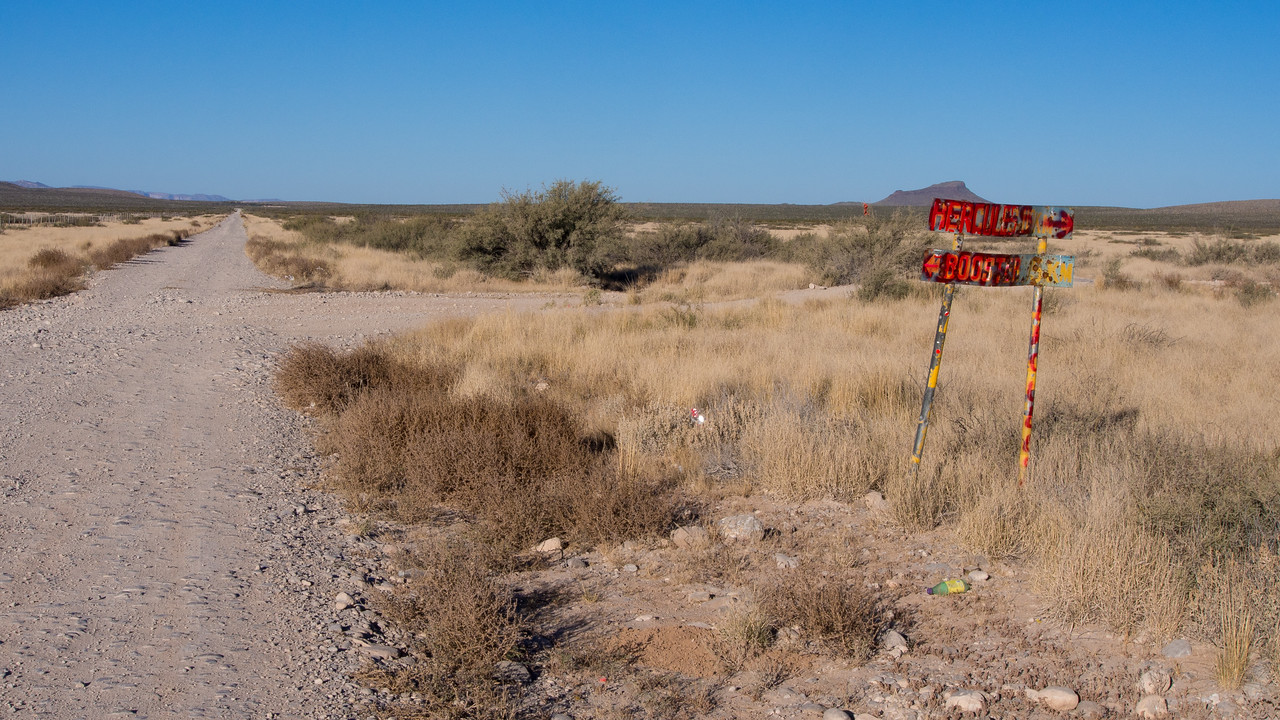 We arrived in Hercules to discover it was now owned by a mining company and the town was completely fenced in and a pass was required for entry. Apparently the mining company bought the entire town and then fenced it in. Luckily there was a Pemex and a restaurant just outside the gate. Perfect! 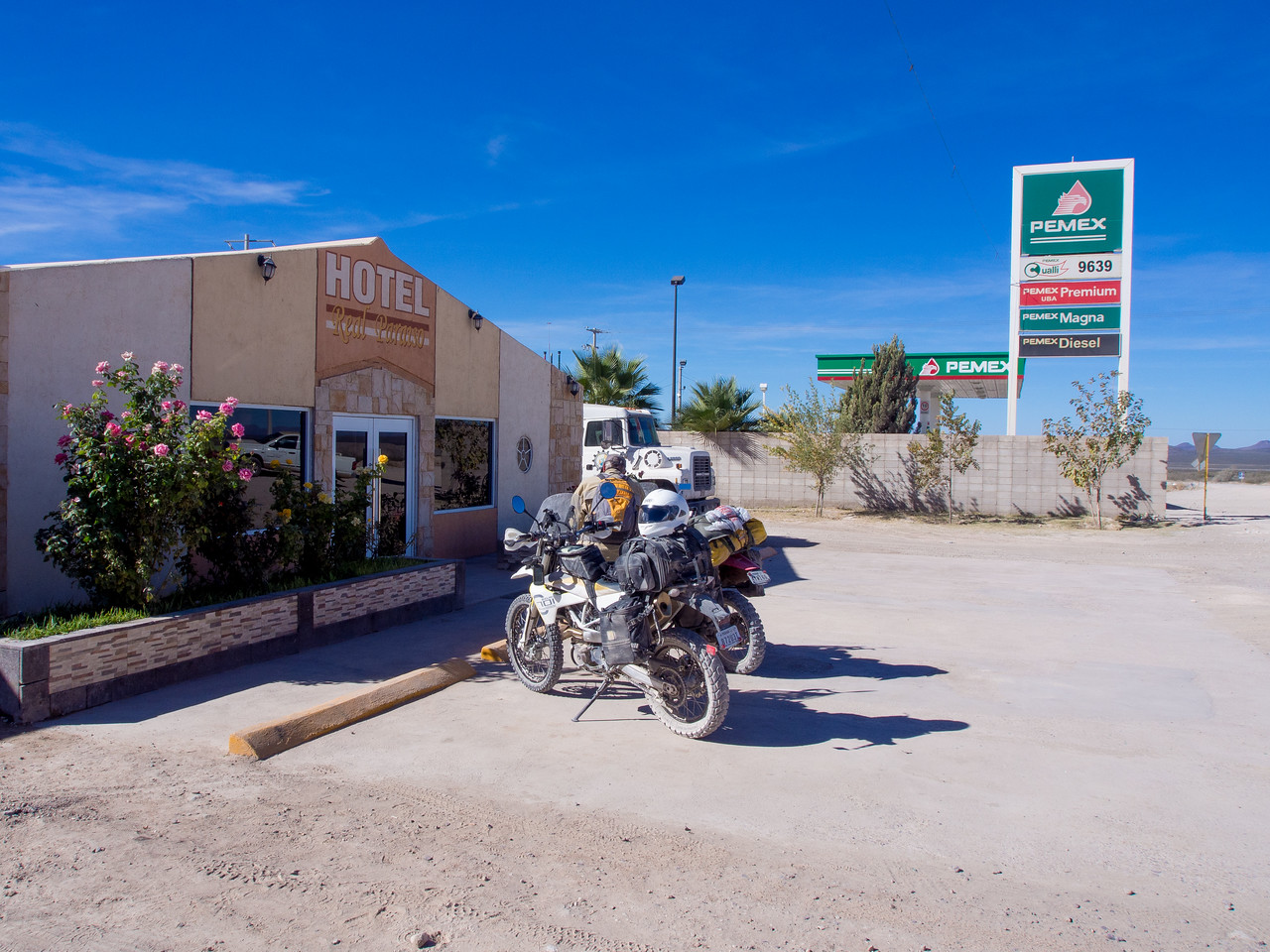 After a good, hot breakfast, we rode west on the last bit of dirt for the day. Then it was pavement all the way to the Texas border and Terlingua. 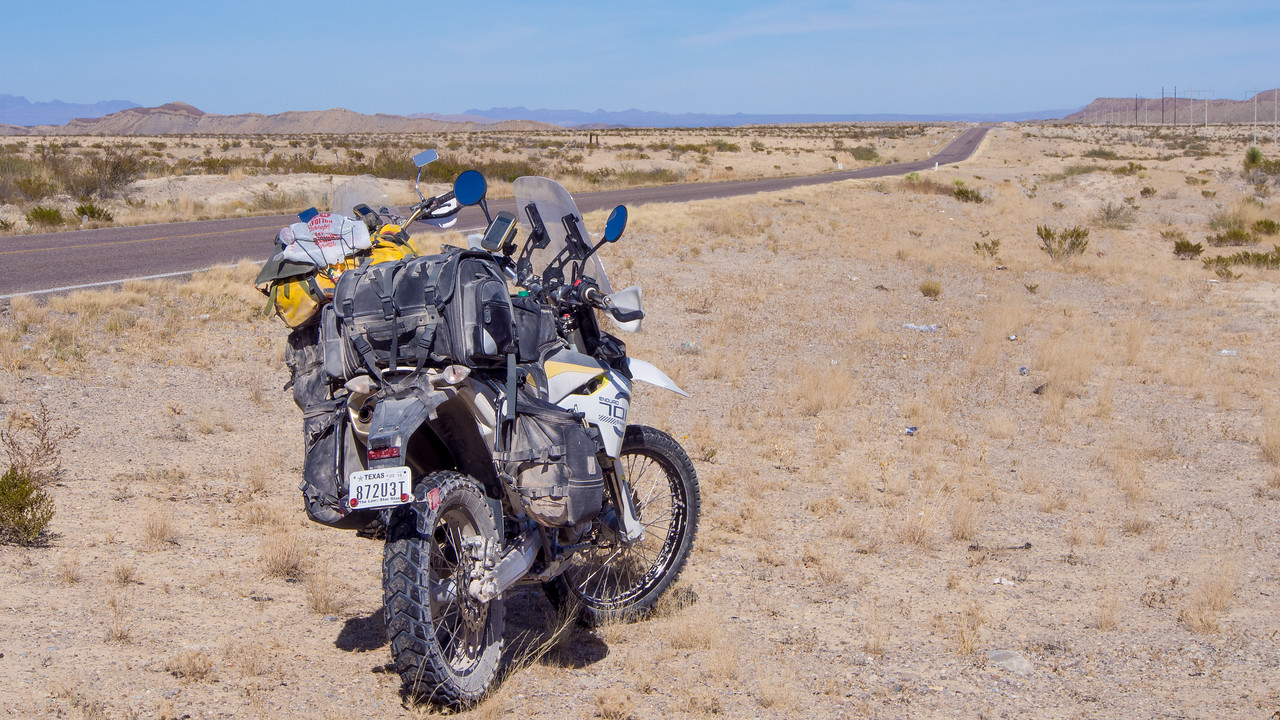 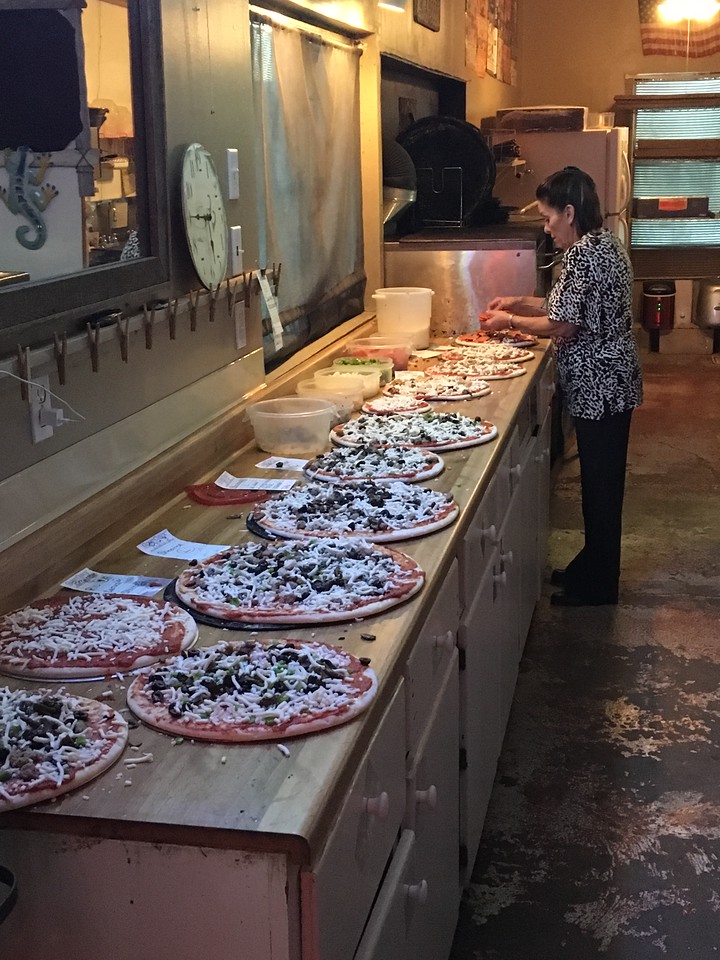