Once in Zaragoza, we located the dirt road heading southwest over the mountains and began to climb. I’ve been on this road before and recall it to be a great ride. Sure enough, it was just as I remembered. 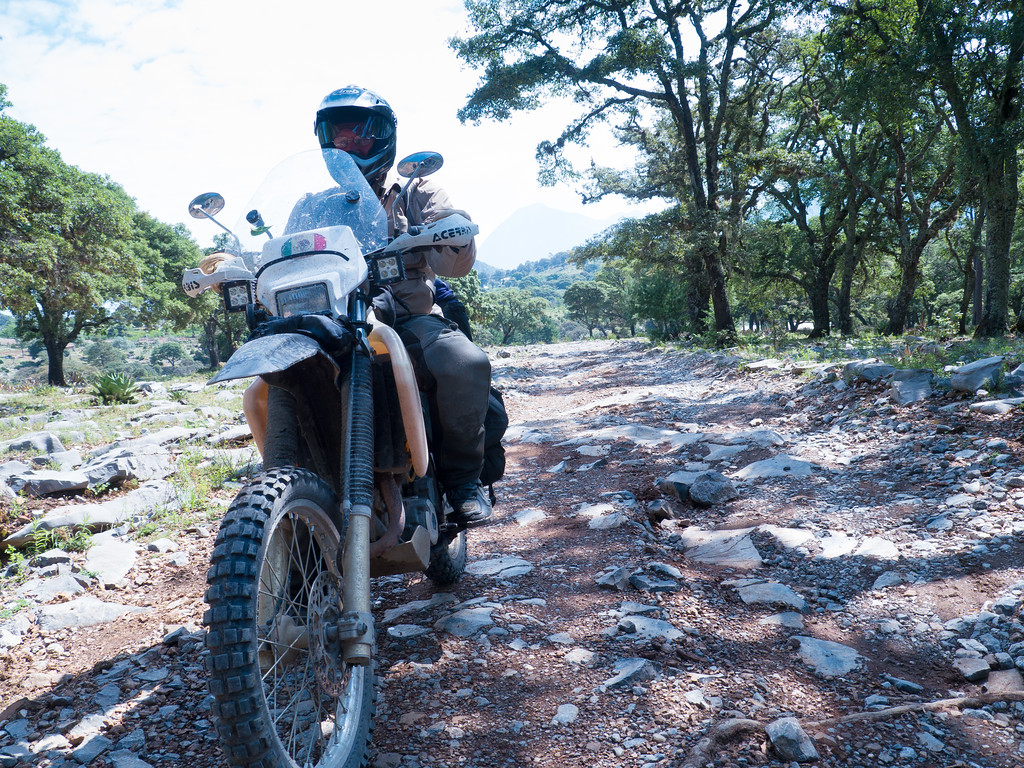 It is a particularly rocky road. The first time I rode it I was with Milton and during one of our stops he casually mentioned that his first time on it he was riding “the Green Hornet” – his harley davidson cruiser. He got it from a sale of used harleys in Boston and it’s still in great condition. Wouldn’t want that beauty to fade though, so I just shook my head – unable to imagine riding a cruiser over this road. 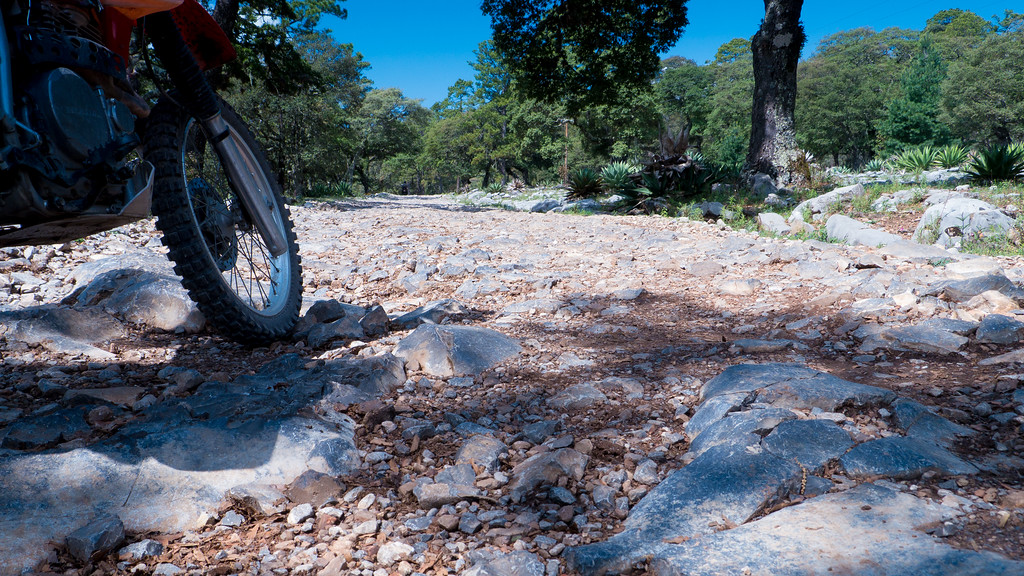 Where is the road?