Alpinestars released the Scout waterproof boot around Oct 2009 for the dual sport market.  My current set of boots were worn out, so I purchased a set of the Scout boots, sight unseen, and knowing very little about them in 2010.  I couldn’t find many reviews of them on the net, but I’ve had good experience with Alpinestars boots in the past so I thought I would give them a try.

Here are my impressions of this boot and how it compares to other mc boots I own.

The features of this boot include:

The Scout is taller than my old dual sport boots, but not as tall as the mx boots. 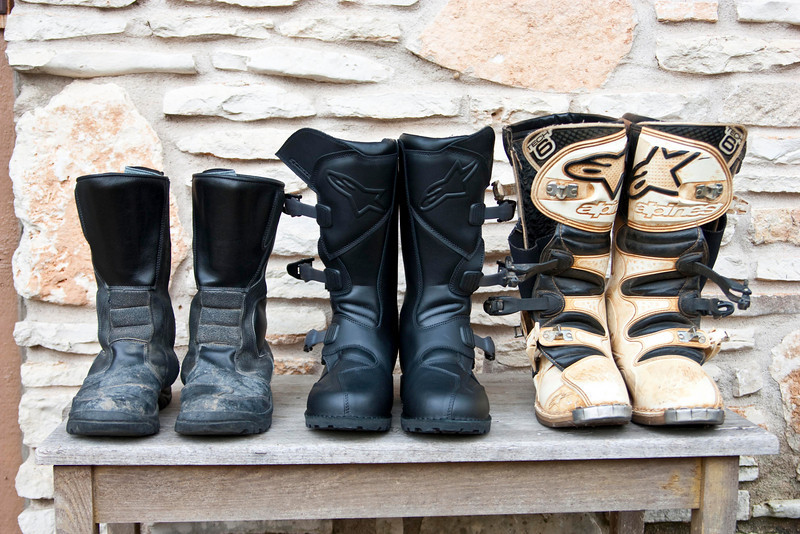 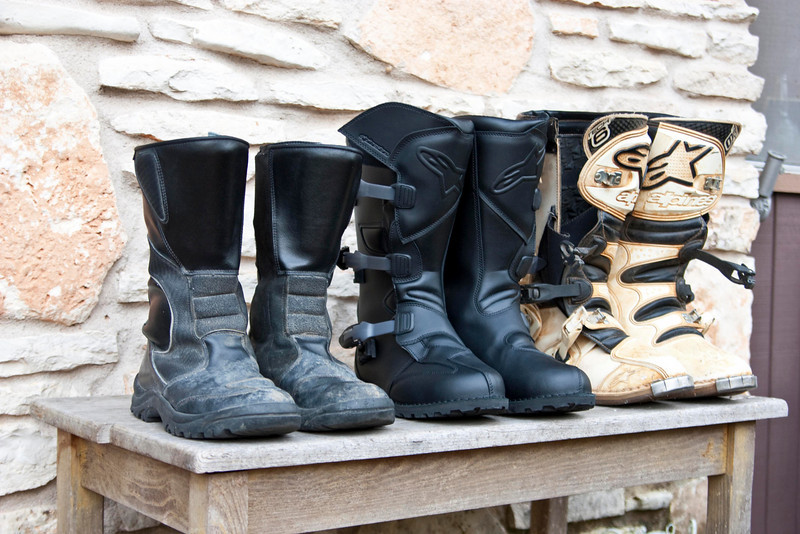 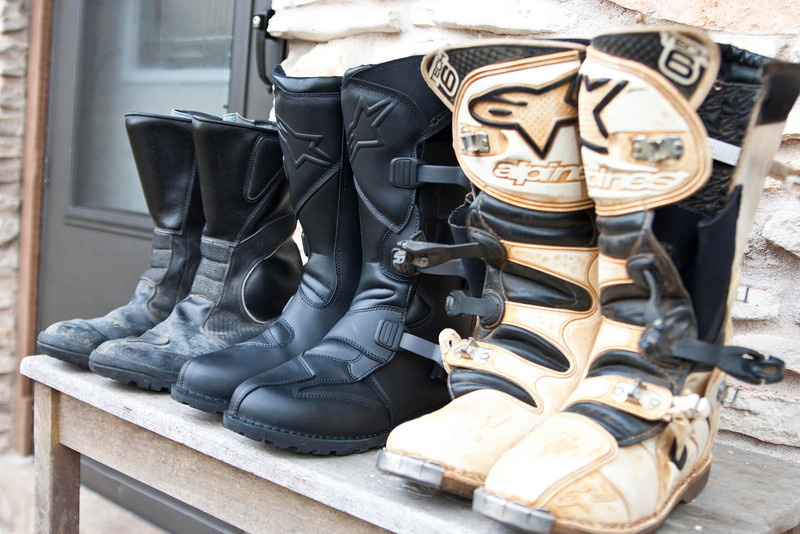 The scout boot has a lug sole.  Very important, IMO, for traction off the bike.  Smooth sole boots provide little traction when walking on wet dirt, inclines, etc.  Also, note the difference in sole length.  All three boots are size 11 and they all seem to fit my foot okay, so I speculate that the differences in sole length is due to differences in thickness of the leather in the foot area. 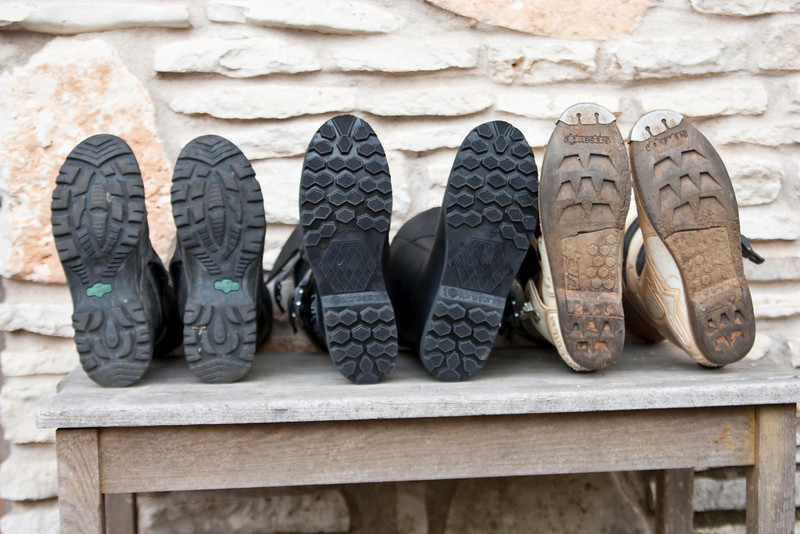 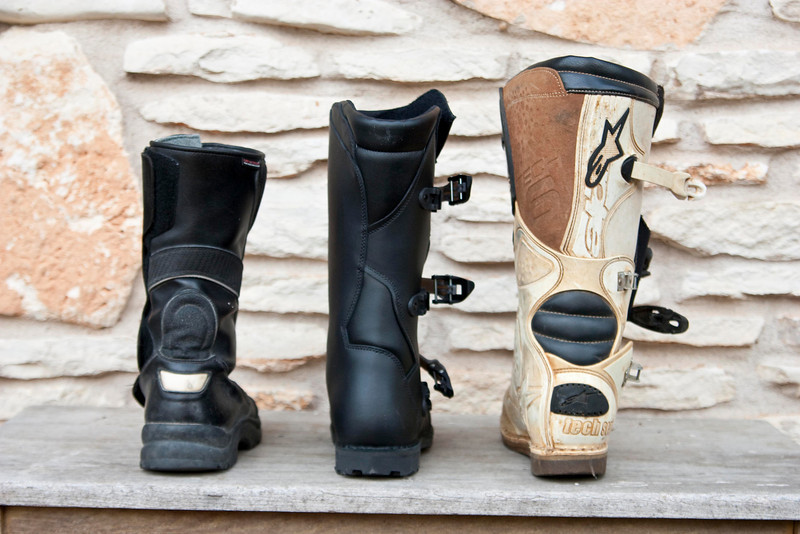 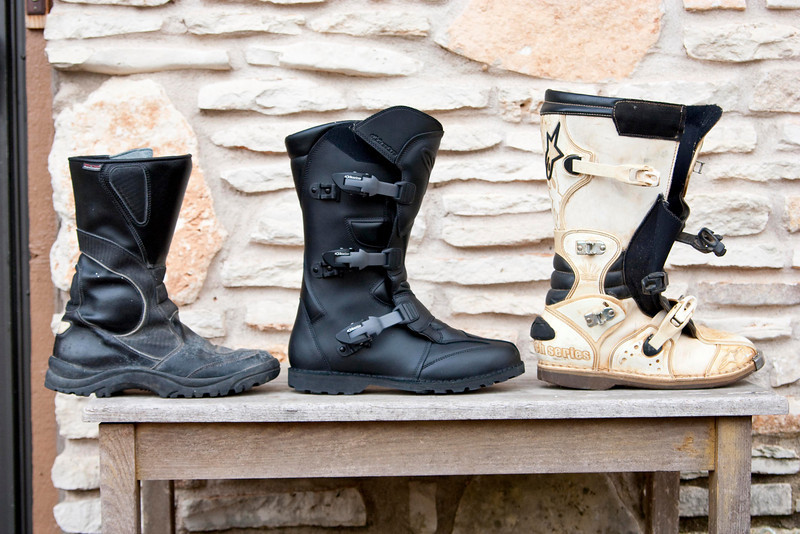 Extra leather appears to have been sewn on the top of the boot. 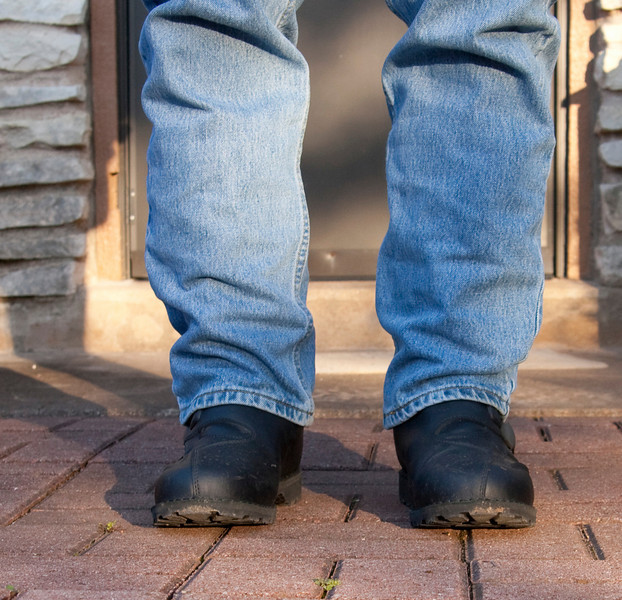 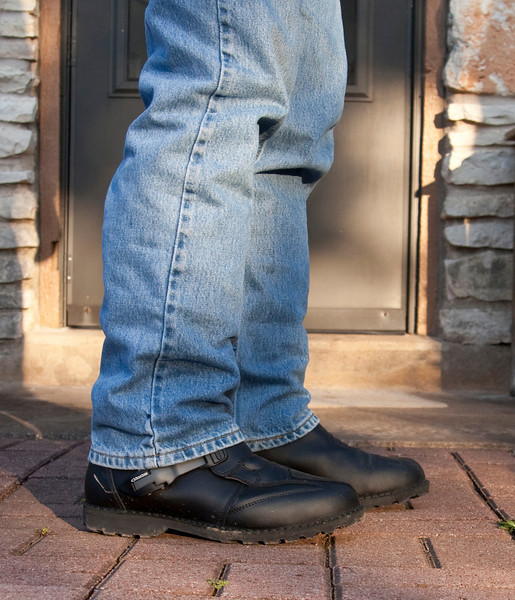 After wearing them for several years they are still waterproof and remain in good shape.  I use them whenever I know I will be riding harder dirt.